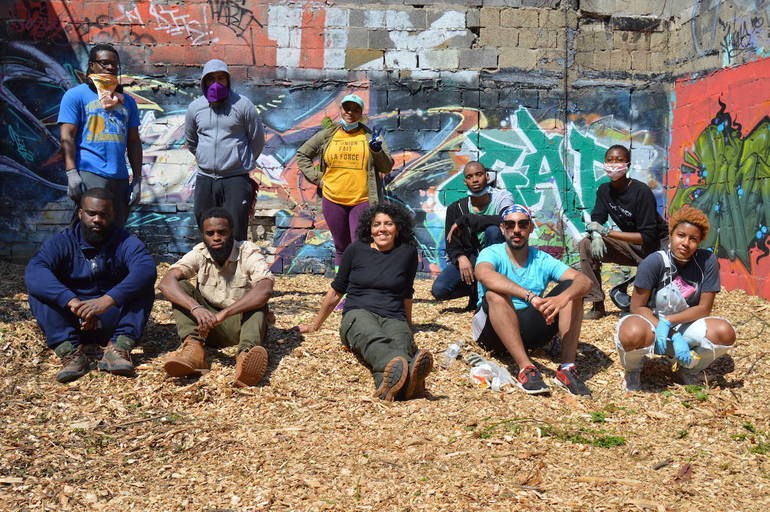 NEWARK, NJ — For the past 15 years, Lot 50 on Grafton Avenue in the city’s North Ward has been a wasteland of syringes and garbage, bringing down the community’s morale.

Those days are coming to an end, according to Bilal and Breonna Walker, two educators who are transforming the lot into a community project unlike any other in Newark. Dubbed Jannah on Grafton, what was once a blight on the neighborhood will soon be a community garden providing access to healthy food options, urban gardening advocacy and sustainable education efforts for North Newark residents.

The project came about due to divine inspiration, according to the couple, who are practicing Muslims.

“There’s a saying that loosely goes, ‘If you plant a seed, and it grows and an animal or human benefits or eats from it, then you get that reward.’ That’s something I’ve been reflecting on for a very long time, and I’ve always thought about how I’d like to leave my mark on the world,” Bilal said.

The lot’s vibrant graffiti would always catch the couple’s eye, and so through the city’s Adopt a Lot program, the Walkers began their endeavor to bring grassroots sustainability to an underserved population. Through Jannah on Grafton, they’re setting a goal to provide 20 families locally grown produce and cushion their monthly food income.