Urban gardeners share the ups and downs of growing food

Urban gardeners share the ups and downs of growing food 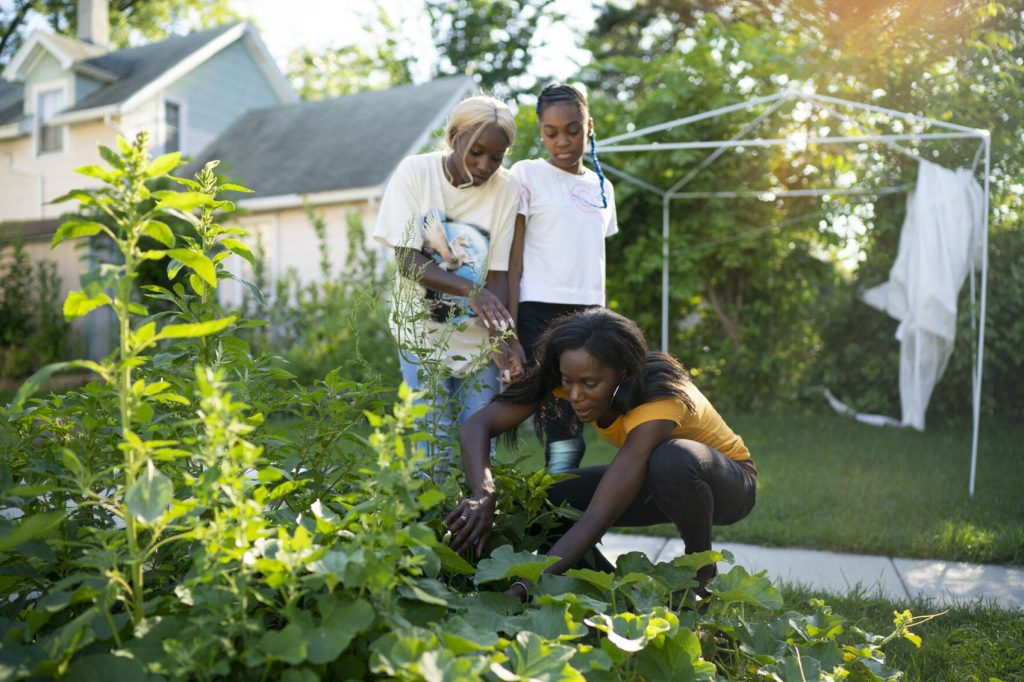 LeAndra Estis checked on the growth progress of vegetables in her backyard garden in St. Paul. Her daughters Quaia, left, and Lonna help in the garden and post their successes on social media. (Jeff Wheeler/Minneapolis Star Tribune/TNS)

MINNEAPOLIS — When a suspicious-looking sprout appeared in the St. Paul garden of LeAndra Estis, she plucked it. The willful plant popped up again. Instead of pulling it out a second time, the new gardener fired up Google. The would-be intruder was spinach.

“I kept thinking, ‘That’s not right,’ ” said Estis, who had never seen the leafy green emerge from the ground and was expecting the spinach she planted from seed to look more bushy, like the mustard and collard greens she watched grow as a child.

In Minneapolis, Christopher Lutter-Gardella faced a different problem. He had to sow peas several times because his plants were getting chewed down at the base from some unseen force.